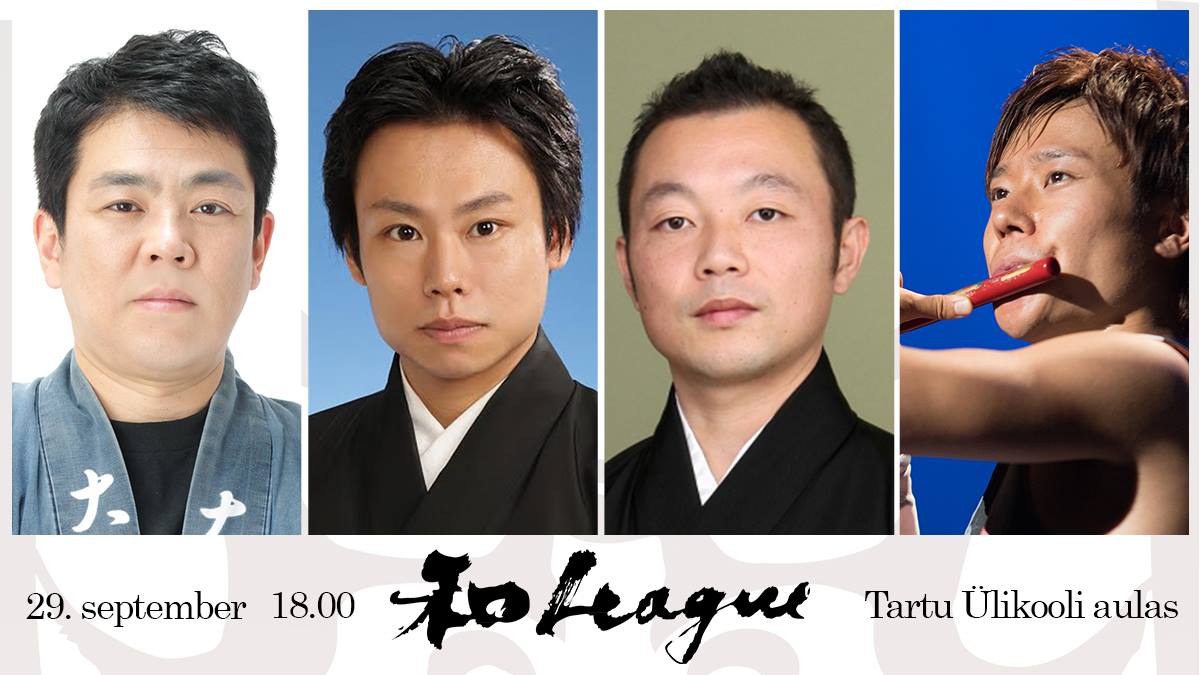 The  purpose of the band Wa League, a project by the producer Terutoshi Takaku, is to introduce Japanese culture through traditional performance art, to promote cultural exchange between Japan and the rest of the World. Wa League introduces Japanece dance, kyōgen-theater and other Japanese stage art which is accompanied by traditional Japanese instruments.

The concert is organized by the Japanese Embassy in Estonia, Japanese Foundation, the University of Tartu and AniMatsuri.